Major retailers and local bookstores alike have seen a surging demand for books about racial justice as protests and demonstrations against police brutality have been held around the world.

Of the top 20 best-selling books on Amazon the morning of June 5, 14 of those books were about racial equality.

1. “White Fragility: Why It’s so hard for white people to talk about racism” by Robin DiAngelo

2. So You Want to Talk About Race” by Ijeoma Oluo

5. “Stamped from the Beginning: The Definitive History of Racist Ideas in America” by Ibram X. Kendi

7. “The Color of the Law” by Richard Rothstein

8. “Between the World and Me” by Ta-Nehisi Coates

11. “Why Are All the Black Kids Sitting Together in the Cafeteria” by Beverly Daniel Tatum Ph.D

12. “Just Mercy” by Bryan Stevenson, an Alabama attorney and leader. The movie based on this book is free to watch through the month of June.

16. “Stamped: Racism, Antiracism and You” by Jason Reynolds and Ibram X. Kendi

17. “Blackout: How Black America Can Make Its Second Escape from the Democrat Plantation” by Candace Owens

Two of the other five books were “Where the Crawdads Sing” by Delia Owens and “The Ballad of Songbirds and Snakes” by Suzanne Collins. Crawdads has dominated charts for more than a year while Collins’ long-awaited prequel to The Hunger Games trilogy was released May 19.

The other three are “Untamed” by Glennon Doyle, “My First Learn to Write Workbook” by Crystal Radke, “Lose Weight Like Crazy Even if You Have a Crazy Life” by Autumn Calabrese and “When God Made You” by Matthew Paul Turner.

“Reading is one really good way to not only learn but put yourself in someone else’s shoes. It’s heartening to see so many people seeking to understand the world around them through books,” said Amanda Borden, director of the Hoover Public Library.

Borden said there are is currently a six month wait to check out a e-book copy of both “White Fragility” and “How to be an Antiracist.”

The Hoover library just opened for curbside pickup three days ago after being closed for weeks due to COVID-19, so Borden said library business is far from usual, but she said trends seen at major booksellers are generally reflected in the library.

“If it’s selling out at Barnes and Noble, it will be on a waiting list at the library. Any trends out there, will see the same trends at the library,” she said.

Over the last few days, libraries, bookstores and activists have curated lists of recommended books for people interested in learning about white privilege, racism and equality.

I’ve been getting a lot of questions from my non-Black friends about how to be a better ally to Black people. I suggest unlearning and relearning through literature as just one good jumping off point, and have broken up my anti-racist reading list into sections: 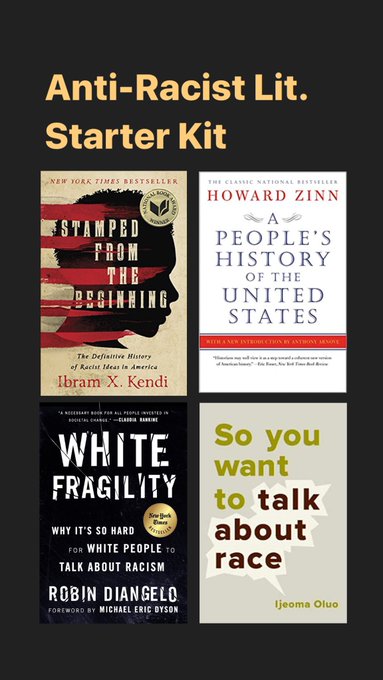 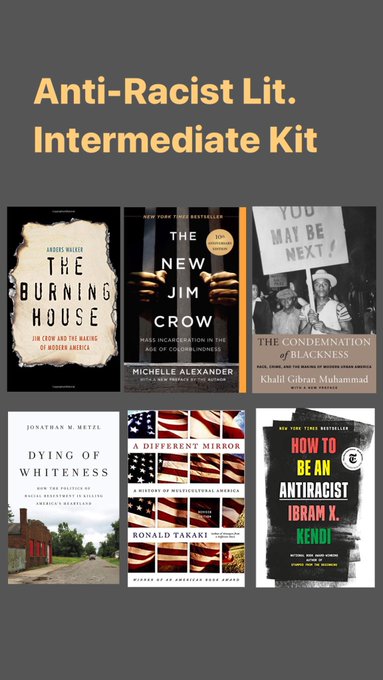 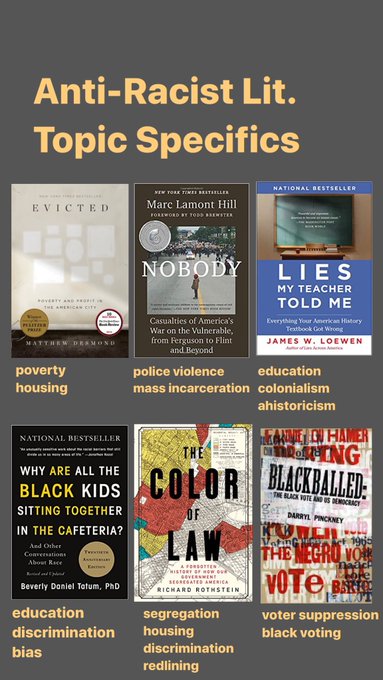 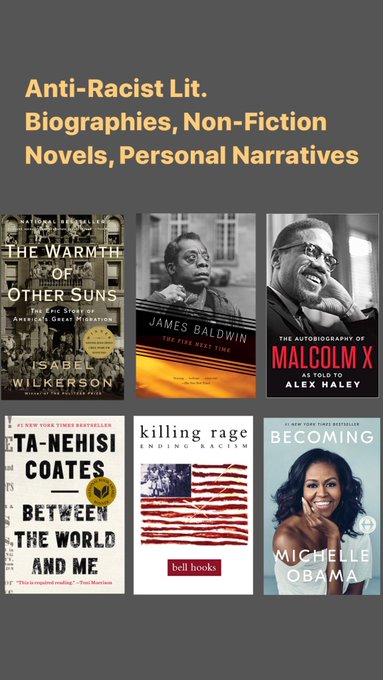 61.1K people are talking about this

“I’ve been getting a lot of questions from my non-Black friends about how to be a better ally to Black people. I suggest unlearning and relearning through literature as just one good jumping off point, and have broken up my anti-racist reading list into sections:” Alexander wrote in the first tweet of her thread.

Continuing, she posted seven photos with each photo dedicated to a different genre of anti-racism books, feminism, LGBTQ, biographies and black-centered fiction.

Local libraries have also created lists, including the Huntsville-Madison County Public Library. Pelham Public Library has shared a list of titles for children created by EmbraceRace–a group dedicated to fighting systematic racism by providing parents resources to raise children who are informed about race. The Pelham library is currently only open for curbside service.

Based on bestseller lists and library holds, it appears “White Fragility” by Robin DiAngelo is one of the most in-demand books.

“White fragility was already on the bestseller list and it has just exploded. The publisher went ahead and sent us an email. They said it will take two weeks to print more books and send them out. They’re all struggling to keep up with the demand,” said Kathleen Wylie, who works at Little Professor Bookseller in Homewood.

Wylie said customers have been calling asking about the book and submitting orders for multiple copies. She said she began noticing the increased requests last weekend.

“For these titles, it’s the first time I’ve experienced people trying to get a hold of titles like this, this actively. It’s a good thing. We’re so happy people want to read these books,” Wylie said.

Thank You Books in Birmingham, another independent bookseller has sold out of “White Fragility” and other similar titles including “How to Be an Antiracist” and “Stamped from the Beginning” by Ibram X. Kendi.

On June 2, Kendi posted on Instagram about the surge of demand for his book and other books on racism.

“This doesn’t happen everyday. It is fitting it happens on the day we are Blacking out for Black lives and hopefully supporting our local independent bookstores, too. The #1 and #2 overall bestsellers @amazon right now are two books challenging racism. This is you. 🖤🙏🏾🖤🙏🏾”

Thank You Books posted reading lists as well, with lists for children and young adults. The bookstore also provided lists of memoirs, fiction and poetry by black authors.

If you can’t find a physical copy of these books, you should be able to find digital copies for e-readers and audiobook form. If you have a library card, you can listen to and read these books for free through the Libby and Hoopla apps. Check with your local library to see which digital platforms your library supports.