Why Black transwomen have a unique ‘commitment to transformation’ | Black Joy – June 4, 2021

It’s that time of the year when the LGBTQIA+ community bursts onto the scene to say: “We are here. Queer. And not going anywhere.”

But sometimes the aesthetics of the celebrations can obscure Pride’s purpose. Doing a big eyeroll right now to corporations that rainbow-wash their logos and merchandise without doing any of the work to be true allies to LGBTQIA+ people.

Support is a verb. It’s more than putting a rainbow on a fancy cup. So we are making space for Black queer people and organizations who are actually taking care of their people directly.

The power of Black transwomen 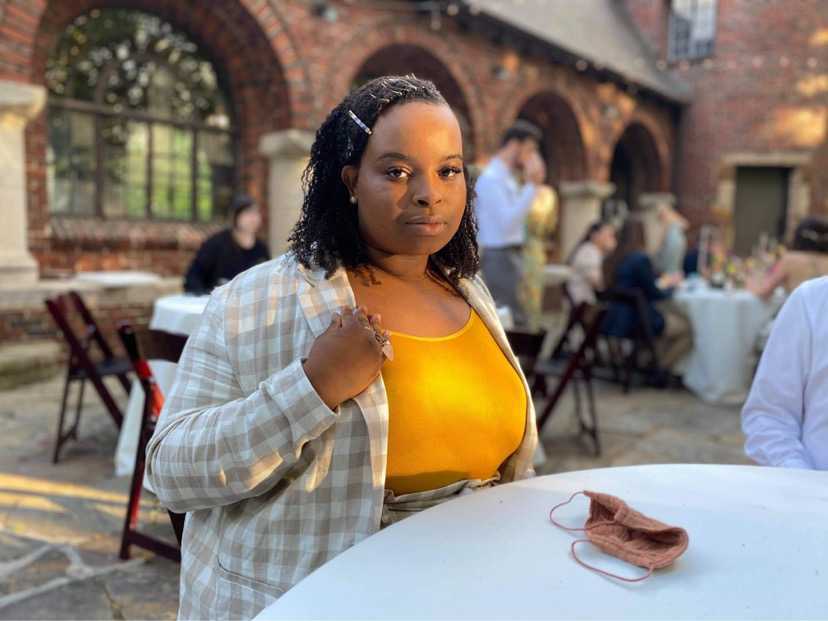 Quick history lesson: Black and brown transwomen are the reason why Pride Month exists. They were were on the frontlines during the Stonewall Inn Riots, which started on June 28, 1969 in response to police brutality targeting the LGBTQ community at the time.

Southern Black transwomen continue to be part of that legacy.

For example, Desi Hall is in the business of helping and healing her community. The 24-year-old Selma, Ala., native raised over $60,000 in scholarships for 20 Black transgender and non-binary students through the Frances Thompson Education Foundation, which Hall founded in summer 2020. When the pandemic increased the need for assistance, she provided emergency grants. She’s raising the bar this year, and just started a fundraiser for $100,000.

After graduating with master’s in theology studies from Vanderbilt in May, Hall wants to catalog Black trans religious experiences and has built a theology framework showing how Black trans people have always belonged in religious environments.

I recently chatted with Hall about fighting for the liberation of Black transwomen and how that brings her joy.

How did growing up in that atmosphere of activism mold who you are today both as an activist and as a transwoman?

My great granddad was Rev. J.D. Hunter. He was one of the “Courageous Eight” who brought Dr. King to Selma. That’s who I grew up around. Amelia Boynton-Robinson and all of these civil rights giants would be at my great grandaddy’s house. I was a little, itty bitty baby not really knowing what’s going on. I think when you just grow up around giants and people who are so passionate about making the world a better place and making a way for their people to have more equitable treatment, it’s almost impossible for it to not rub off on you.

As a trans woman specifically, I mean, the thing about Selma and the people in Selma is that we have had to fight to maintain everything we have ever been given. In that same breath, I’ve had to fight to be able to be myself. The world will tell me that transness isn’t real or that I’m not a woman. But it’s in that same fighting spirit of Selma that I had to stand in who I was and fight for the fact that I deserved to be who I was.

It sounds like that there was somebody in your life that helped mold that part of you, too. Who was that person?

It’s been the many mothers I’ve had throughout my lifetime: my mom, Tonatha Hall, who birthed me and raised me and Daroneshia Duncan (founder of TAKE in Birmingham, Ala.), who is also my mom, who has been molding me in my activism, my work within the trans community and just as I develop as a woman. So I think it’s definitely been the village of mothers who have sustained me and fought for me to know that I deserve to be myself.

Usually when we hear about Black transwomen in the media, it’s due to something traumatic, such as the increase of violence and harassment Black transwomen face. While these stats definitely should be highlighted, I wanted to know if you could tell me about the joys of being a Black transwoman.

Black transwomen have a commitment to transformation in a way that I don’t see in other people. I mean, medically transitioning aside, many of the Black transwomen I know are committed to always constantly becoming better versions of themselves, constantly trying to refine their skills or whatever it may be.

And also, there’s something so beautiful about the culture that Black transwomen have created. We did mutual aid before mutual aid was a word. We circulated the same $10 to 20 people in the community. It brings me so much joy to come from that legacy and to live a legacy of community, of prioritizing family, of making sure we have our needs met.

So what made you pursue theology?

So, I was actually in a cult in high school. Besides that, I grew up around some really toxic and harmful theologies. For the longest time, it made me think that God, spirit, or whatever you want to call it, wasn’t something that I could access because everywhere where you could access it, I was finding trauma, I was finding shunning or people wanting me to change myself or suppress myself. So, knowing that there was something more for me, knowing that I too deserve spirituality and that I too deserve religious frameworks that feel loving and something that I didn’t have to compromise myself in, is what really drove me.

But then I also recognized that, you know, my experiences weren’t happening in isolation. I wasn’t the only one who was struggling with these things. At one point, I connected with other black transwomen who had also been involved and it just opened up a new world for me and I said, ‘my community needs something more.’

So let’s talk about the foundation. What do you want the Black trans and nonbinary students to get out of this opportunity?

On a spiritual level, I want them to know that what you think matters. Your scholarship matters. Your theories matter. Because these things aren’t just intellectual. Our hearts are also invested in our theories, practices and frameworks. I think that was the biggest thing – you have something to say in your respective field. Whether it’s history, social sciences, or the STEM field, technology, whatever, you have a very unique piece to play and that matters.

Black led orgs that are spreading the joy 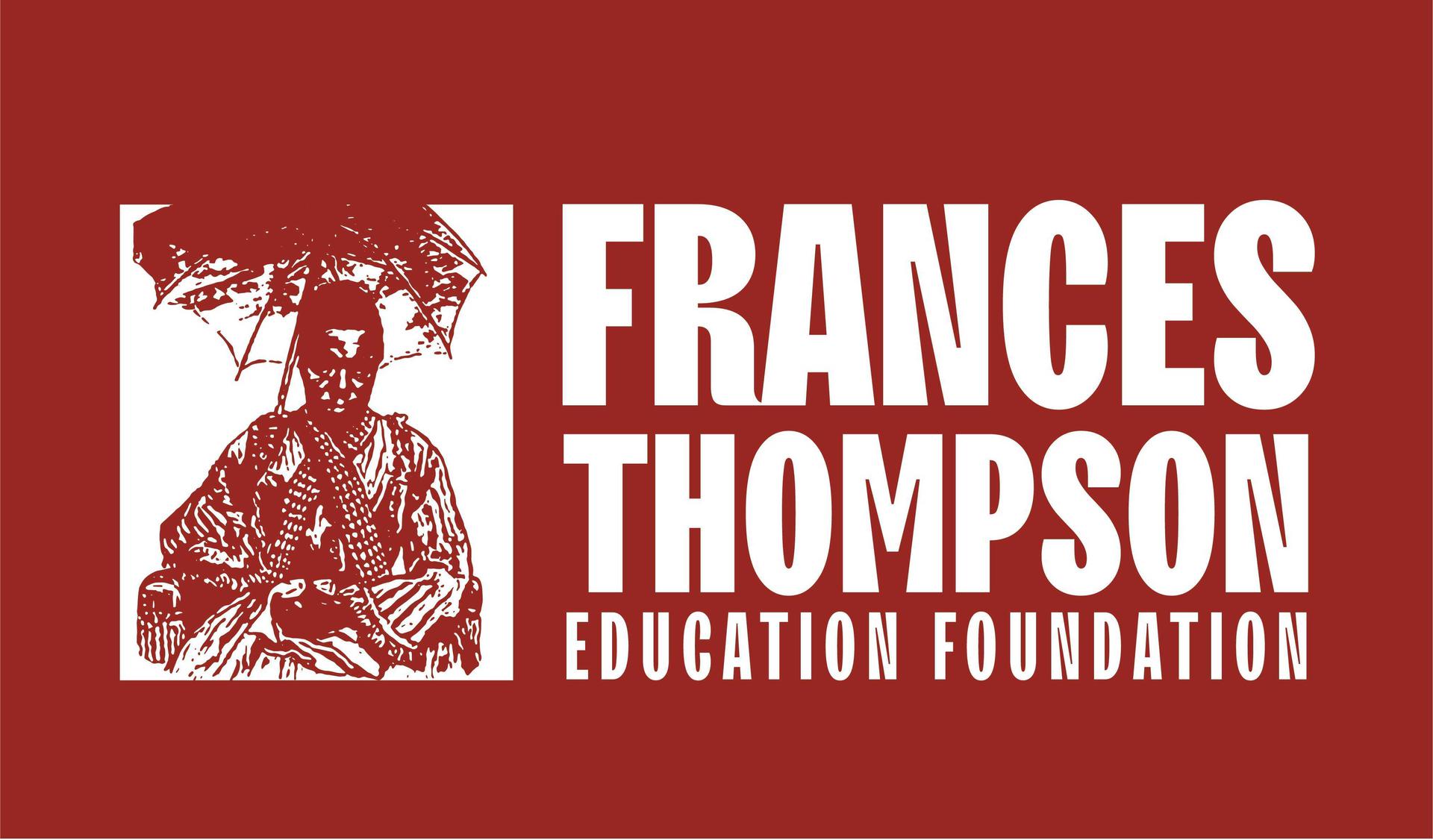 When you support queer-led efforts, you pour back into the wellbeing of the LGBTQIA community. Here are a few organizations you can support!

Until next time, keep spreading your Black joy!